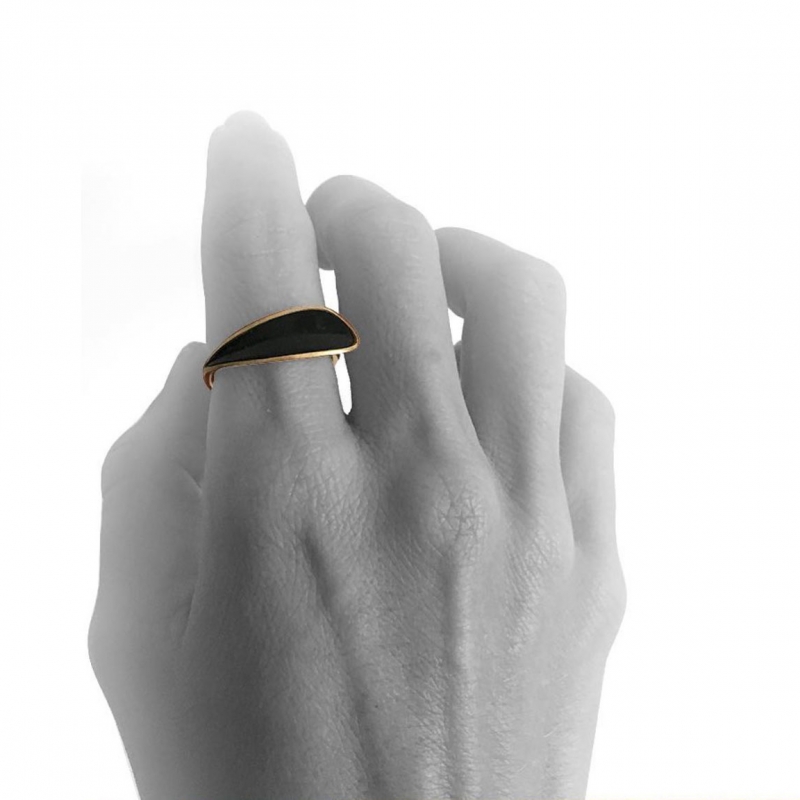 Sculpted during one of the artist's early "stream of consciousness" wax carvings, the Adagio ring is one of the first designs in Mariana's jewelry making career and its lines are inspired by the serenity she finds in the process of making as well as by her fascination with nature's refined simplicity.

After almost a decade since its creation, the modern yet classic design was incorporated into M.BARUTTI's debut collection in this 18K yellow gold version that features a Black Jade from Wyoming purchased as a rough from a local gem hunter and custom cut in Italy.