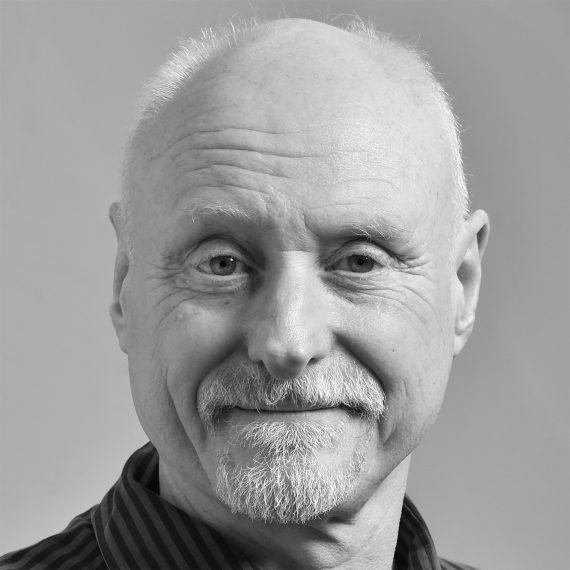 Charles Lewton-Brain is a master goldsmith.

He invented and disseminated foldforming, a system of working sheet metal, new to the field. His work is concerned with process, beauty, and function. He thinks of decision making in metal as drawing, involving the same commitment and notion of making a mark as when working with pen and ink. Many pieces use a "printmaking"' approach to working metal, that is that the work is done in separate steps in groups and layers building towards the finished piece. Process and the tensions between nature and structure are part of his concerns.

Recognized globally for his art work, he received Canada’s highest honor for Craft, The Saidye Bronfman Governor Generals Award. He was one of the founders of the Canadian Craft Federation, Canada’s national organization, and served as President.

He co-founded the Ganoksin Project with Dr. Hanuman Aspler in 1996, now the worlds largest educational website for jeweler’s information. It has 4 million unique visitors a year; he has over 1000 pages of his writing there.

Author of seven books and hundreds of articles, he has taught hundreds of workshops internationally.

One of a kind